A Hidden Famine is Coming 🤲🏿 (Prophetic Word: Some will become Deaf and not Hear the Word of God) 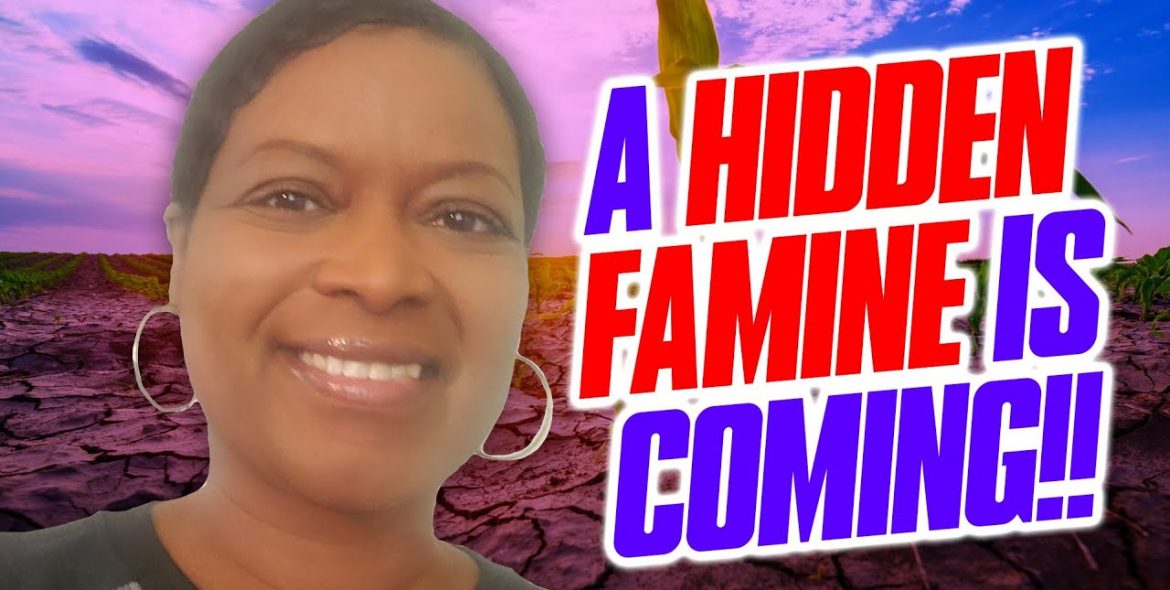 Video Link: A Hidden Famine is Coming 🤲🏿 (Prophetic Word: Some will become Deaf and not Hear the Word of God)

Glory to Jesus Christ. Good morning. Good afternoon. Good evening. Hello brothers. Hello, sisters in Christ. I hope that you all are well in the Lord. It’s so good to see you guys. And as always, I’m honored to be your sister in Christ. And I thank you guys for coming to hear what the Lord is saying in this hour. So, people of God, I am just in another place. I’m in my bed. I got up, had coffee, wash my face, did all that kind of stuff. Got back into bed. And the question that I have for God this morning, I always have a question for him in the morning. I said, Lord, why did you have me read that scripture on last night? Last night, I read the book of Amos chapter eight. I was led there by God to read it. Because I had been feeling some type of way, guys, you know, ministry is tough. And I’m noticing that the words that God has given me are getting tougher and tougher and tougher to a point where people appear to me to be taking a blind eye or a blind ear.

And so I was frustrated about that. I’m not gonna lie. I’m human. I take a lot of time to hear God and make sure that I’m delivering what God is telling me to say. So I was talking to him about that and I said to him, I said, you know, Lord, it just seems like people just don’t care. They don’t want to hear what you have to say. They don’t want to learn about what’s happening. They don’t want to be in the loop about the seasons and the events that are taking place in our world even though these things are laid out in our Holy Bible. I said, God, you send me, you send all the prophets, you send evangelists, you send pastors and teachers to teach this stuff. And I said, God, the harder these messages get the less and less people want to hear them. And he said, yes, beloved, I understand. But I had such a really heavy heaviness for some reason in the last two days, especially after I released that last word about hell. And he said, beloved, it’s not you. He said what’s happening is, is that I am opening up your spiritual eyes to see the seasons as they are coming in.

And God said I gave you that burden because of the next thing that I need you to say to the people I’m showing you how to hear me and see when the shifts are taking place in the earth. And he said the seasons are changing. And every time a season changes and every time I’m getting ready to do something in the earth, I give you the burden. He said, beloved, it’s a spiritual awakening that is taking place in you. And he said I’m going to tell you why you felt the burden of seeing people not wanting to hear what the word of the Lord was. So I went into the book of Amos chapter eight and I started reading it guys. And when I got down to verses 11 through 12. That’s when the leaping in my spirit, I just started jumping And guys, I got to read this to you so you will understand what’s happening here.

And I’m gonna tell you guys is this particular famine that is upon the land that is actually going to be leading us up into the future judgments that are coming. And guys, the condition of the famine, this is what God is saying. The condition of the famine is again, it’s a deaf in the ear of being able to hear the word of the Lord. And again, it is a death sentence for many people because when you receive the word of the Lord from God, the purpose of it is to be fed by it, right? And to receive the word and then allow the word to convict us and encourage us and empower us to do the things that God has called us to do to surrender ourselves to God, to get us to a place of allowing God to shape and mold us and teach us. It allows for us to be in position to repent for when we have sinned against God, it just keeps the wheels going. It keeps the oil running through our veins as we are walking this journey with Christ until it’s time for us to leave this place. That is what the word does. It feeds us, its life.

And we know that because when you think about it, I believe it’s the book of Matthew chapter four, it talks about that man does not live by bread alone, but by every word that proceeds from the mouth of God, hallelujah. So if we cannot live on bread alone, then it is important for us to understand that when we are not able to hear the word of the Lord, we are in a dangerous place. We’re in a dangerous place, people of God. The Lord is saying that hearing the word of God is a gift. God gives us a gift to be able to hear the word of the Lord. If we are in position now to hear the word of the Lord, God is saying that it is not wise to despise the word. Don’t despise hearing God’s word because even though that word may not apply to you, even though that word may not be for you, or even if that word convicts you and it makes you upset and it’s forcing you to do something that you should be doing in Christ or something that God has called you to do. Well, it’s better to roll with what comes from it and change and shift and allow God to shape you rather than to continue to deny the word.

And God is saying that you do not want to be in this place where this famine hits you and you can’t hear the word of the Lord when you want to. Basically what God is saying that now is the time to set up in your mind that you will hear what thus sayeth the Lord. God says, now is the time for you to receive the word. Stop, stop denying him. Stop getting offended when you hear the truth, stop getting mad, stop getting angry, stop turning away from God. God is not trying to hurt you. He’s trying to help you. He’s trying to prepare you for what’s coming. So the famine is coming upon the land, the famine of not being able to hear the word of God, even if you wanted to is here. And God is saying, in order for this famine not to take place in your life in order for you not to be in position to not be able to hear the word God is saying that you must make up in your heart and in your mind that you are going to decide to listen, you are going to decide to hear the word of the Lord.

As I said earlier, guys, the book of Matthew chapter four solidifies it. It says, man cannot live on bread alone. You have to open up your heart and mind to the word of God. Please do not allow for yourself to get so far gone away from God’s word that you won’t be able to receive it. Because that’s not going to be good for nobody. When you can’t hear the word of the Lord, honey, you stop. You are at the mercy of Satan. So get in your word, read the word of God, listen to the people that God has set in your life to pour into you. Take the time to pray, fast, do whatever you gotta do, but stay in the presence of the Lord. Because the times that we’re getting ready to come into Jesus is all you going to have.

So that is the word from the Lord on today. Take head guys, test the spirit. This famine is already upon the land and there will be many of us that unfortunately are going to be touched by it. Unless we make a decision now, as you are watching this video to choose to seek the Lord in all that you do. Don’t despise God’s word because it’s a gift. Don’t take the word of God away from yourself by not wanting to read it, by not wanting to hear it, by not wanting to be fed by it.

PrevPreviousJanuary to June 2021: A Timeframe for our Harvest 🛐 (Prophetic Word: We will Reap what we Sow!)
NextRevelation 7 is here! ✝️ (Prophetic Insight: Jesus is holding back the winds of judgements)Next