Revelation 7 is here! ✝️ (Prophetic Insight: Jesus is holding back the winds of judgements) 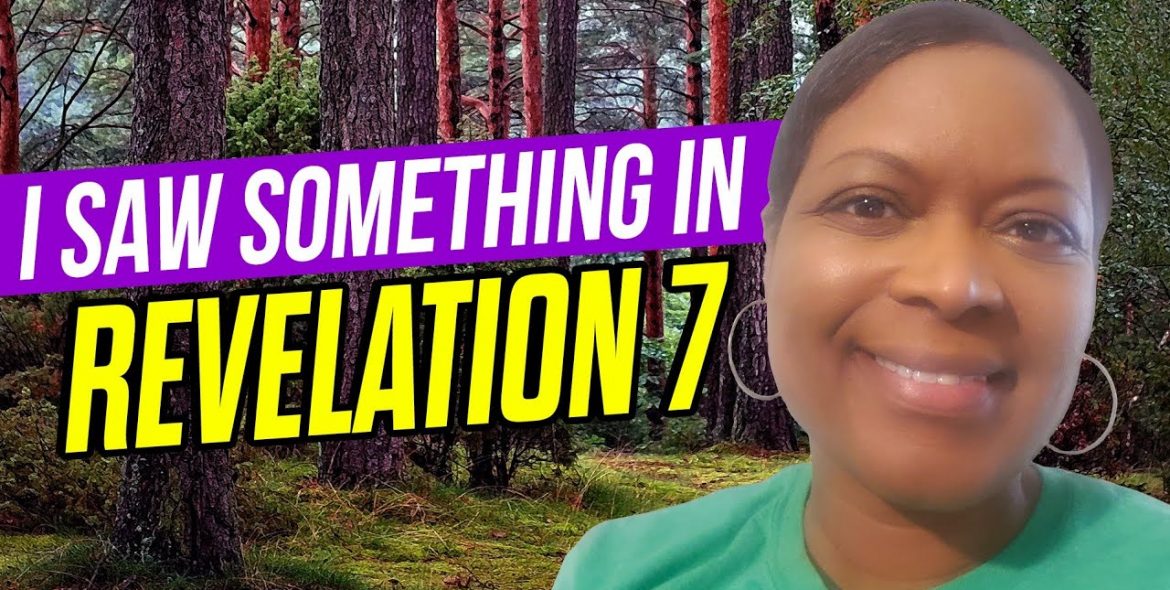 Revelation 7 is here! ✝️ (Prophetic Insight: Jesus is holding back the winds of judgements)

Now Guys, this word is not about me trying to predict when Jesus is coming back because the bible says that no one knows the hour or day. Not even Jesus knows when He will get the Word from the Father to pick up His Bride, okay.

But, one of the things that God told me was that He was going to use me to speak more from the book of Revelation in the upcoming months.

With that said, I have since then been seeking God for His will on what He wants me to share with you from the book of Revelation.

One of the Chapters God highlighted to me in Revelation was Chapter 7.

And what really blew my mind about the insight I saw in the scriptures was that I had already started hearing what I read before God gave me an unction to focus on Chapter 7 of Revelation this past week.

So when I read Chapter 7, I immediately felt led to share some insight with you so that you can further seek God and investigate the matter in the scriptures for yourself.

Somebody is asking, what did you see Shaneika?

Brothers and Sisters, I believe, that we are at a point in time where Jesus is holding back the winds of Judgements.

7 And after these things I saw four angels standing on the four corners of the earth, holding the four winds of the earth, that the wind should not blow on the earth, nor on the sea, nor on any tree.

2 And I saw another angel ascending from the east, having the seal of the living God: and he cried with a loud voice to the four angels, to whom it was given to hurt the earth and the sea,

3 Saying, Hurt not the earth, neither the sea, nor the trees, till we have sealed the servants of our God in their foreheads.

So we can see that John saw 4 Angels holding back the winds of the earth and He heard God tell the angels not to harm the earth, the sea, or the trees till we have sealed the servants of our God on their foreheads.”

Now the bible talks about the 144, 000  servants that need to be sealed prior to Gods judgements being  released during the tribulation.

There are many different viewpoints on who the 144, 000 servants represent.

But what I will say for the sake of this insight God has given me, is that the bible calls the 144, 000 in Revelation 7:4-8  the Children of Israel. And these sealed children are afflicted during the tribulation.

I also noticed that the bible does not give us a time frame as  to how long the angels will hold the winds back from the earth. But we know that when the winds or judgements are released, it tells us that the 144,000 have been sealed and the tribulation has already begun.

So what does this mean for us people of God?

It means that not only are we waiting for the  Children of Israel to be sealed  for their assignments during the tribulation, BUT God is also warning us to be sealed. God is warning us to make sure that we are saved and fully surrendered to Jesus Christ before the judgements are released!

God wants us to understand that Bible prophecy will come to pass and it cannot be stopped. Therefore, it is wise that while the Angels are still holding back the winds, NOW is the time for us to work out our salvation if we have not done so yet.

Guys, I hope that you all can see the love of Jesus in this Word. If God did not love us, He would not be giving us insight on what we should be expecting to see.

The Bible says that in Peter 3:9 that He does not want to see anyone perish but that everyone comes to repentance. Why? Because when the winds are released, it will be unexpected and when Jesus comes back, He will come like a thief in the night.

Either way, we will be caught off guard and that’s why it is detrimental for all of us to be ready for these events to take place, amen?

PrevPreviousA Hidden Famine is Coming 🤲🏿 (Prophetic Word: Some will become Deaf and not Hear the Word of God)
NextCAUGHT! You will hardly believe it! ♦️ (Prophetic Word: Your time 2 move on & receive Gods blessing)Next