Swift judgement is coming! 🙏🏿 (Prophetic Word: The Lord is going to Tear Down and Clear your Land) 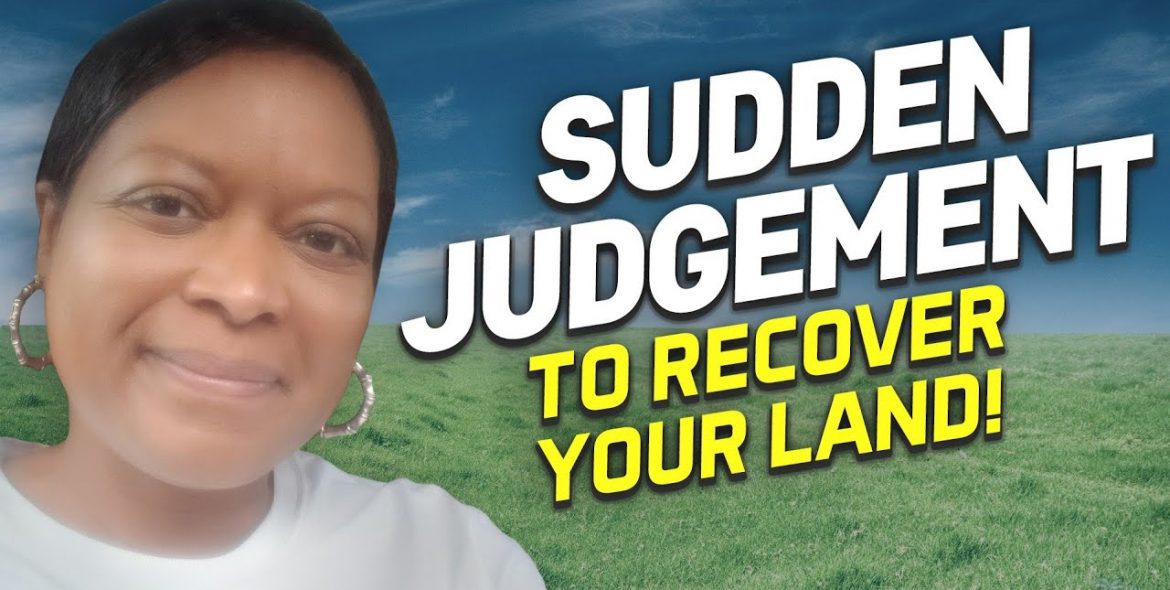 Video Link: Swift judgement is coming! 🙏🏿 (Prophetic Word: The Lord is going to Tear Down and Clear your Land)

Glory to Jesus Christ. Good morning. Good afternoon. Good evening. Hello brothers. Hello, sisters in Christ. I hope that you all are well in the Lord. It’s good to see you guys. And as always, I’m honored to be your sister in Christ. Again, this is another unexpected word. I pleaded with God. I said, God, now you told me that I was supposed to be resting. And I was only supposed to come on here one time a week. And he said, yes, beloved I understand that. But when I have something to say, well, I need you to obey and speak. So I’m back on here again y’all with another word from the Lord. This is actually a warning in a sense, but a word, I’ll say both. Because the warning is for the wicked and the word is for the righteous. We’ll just say it like that.

But people of God, the Lord ministered to my spirit on last night he gave me Jeremiah 51 verses 51 through 53. And I didn’t understand why. And as I was reading the verses, I read it and I understood what it meant, but it didn’t click until this morning when I got up out of my sleep. God reminded me of the word that I posted in the community this past Saturday while I was talking to you guys about the false prophets, the false prophetess, the lying spirits, the familiar spirits that are actually in rampart in the church. It was heavy in my spirit. And I told you guys that we were on a high alert. And so as the Lord brought that back to my remembrance, that’s when I went back to Jeremiah verses 51 through 53. And I’m going to read that to you. And that’s when the revelation began to manifest, and God says, I’m getting ready to suddenly judge the land. I’m getting ready to suddenly judge the promised land.

What has happened people of God is that the lying spirits, that the familiar spirits, the witches in the warlocks, and the false prophets and the false prophetesses have entered into the land, entered into the land of the righteous. And as a result, we are standing in our own land and we’re sharing our own land with these false spirits, these spirits of darkness, these spirits that are operating through the people that the enemy chooses to use. And as a result of that, because we’re all standing in the same land, hallelujah, people cannot determine who’s real and who’s false. People don’t know the difference between the authentic prophet and the false prophet. People can’t determine whether somebody’s dream is true or not. People can’t understand whether the vision that the person is speaking is a vision or something as a figment of their imagination. People can’t perceive. People can not discern whether someone is operating from a spirit of divination, from a lying spirit.

And God says, I wanted you to get on here and let the people know, let my righteous know, hallelujah, that I am getting ready to sweep the land. I am getting ready to clean up the promised land that I, the Lord, your God have only given to my appointed. I have only given it to my chosen. I have only given it to the people that I have personally called. The people that I formed in the mother’s womb as being my profit as being my mouthpiece as being the evangelist, the pastor, the teacher, hallelujah. God says I’m getting ready to suddenly judge the land of the righteous because the foreigners have come in to invade. Here is where the word is coming from y’all. This is Jeremiah. Let me read it. Chapter 51 verses 51 through 53. This was what God gave me.

And it says, we are disgraced for we have been insulted and shame covers our faces because foreigners have entered the holy places of the Lord’s house. But days are coming declares the Lord, when I will punish her idols and throughout her land, the wounded will groan. Even if Babylon ascends to the heavens and fortifies her lofty stronghold, I will send destroyers against her, declares the Lord. People of God, the people that the Lord has actually appointed. The people that God has actually chosen. The people that God has actually anointed to lead ministries, to evangelize, to teach, to preach, they have been crying out to the father. God says he hears the prayers. God says he sees the discouragement. God says he sees how annoyed we are as the church because people cannot seem to decipher who’s real and who’s false. People can not seem to discern who is authentic and who is not real.

Do you hear me? Glory to God. Hallelujah. Thank you, Jesus. God is getting ready to suddenly judge the land. He’s getting ready to suddenly judge the land. The foreigners, as the word says in Jeremiah chapter 51, the foreigners shall be removed. The foreigners that have entered into the holy place shall be removed. People of God, I’m going to say this again. This is the biggest issue that the Lord is seeing, we’re not testing the spirit. What does that mean? We’re not coming to him and asking him if the people that we are listening to if the prophecies that are coming out are real. We got to go to God and allow for him to help us decipher. We must exercise wisdom and seek the counsel of God in everything that we do. Because many are being deceived. I see it. I see it. It is so sad to see people following people and listening to lies and false prophecies and false doctrines. God said, no. God said, no. We are still being held accountable for our own part. We must go to God. When we get to the throne, God is not going to ask the person that deceived you, he’s going to talk to you about what you did in the earth, please people, okay? Wise up and pray about everything. Go to God about everybody because many are being deceived, people of God. I encourage you to take time in prayer and ask God to help you evaluate who you are being fed by, who you are following.