Threat! To a major City 💥 (Prophetic Warning: Dirty Bomb will set off Radiation) 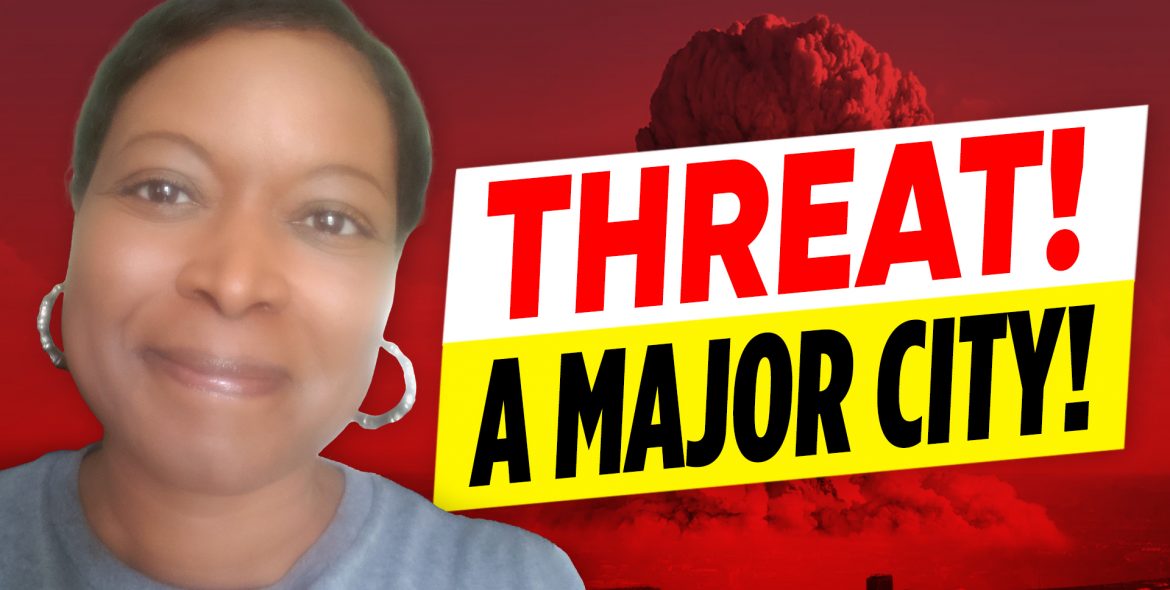 The Lord has given me the green light to release this warning today.

This warning is actually a continuance of a previous word that God used me to release back in February 2021 called: A hidden famine is coming. I have attached that video up top for those of you that missed it.

Also, almost a year ago the Lord had me write down the  word “nuclear” in my journal and for months, I never understood why.

Then, since the beginning of July of this year, I started noticing the topic of bombs coming up and also just a few days ago, I heard Holy Spirit say, Go back to the Hidden famine word and God will give you instructions.

So now here I am to bring what the Lord has shared with me concerning these impending threats that are coming to a major city.

Remember Guys to test the spirit as I will not add or subtract from Gods word, I will not seek God for you concerning His Word Why? Because, you have to be the one to go to God for yourself to get the answers you seek, okay?

God says the effects of this dirty bomb are threats that carry spiritual and physical implications.

And the city that God revealed to me that will be effected are Washington DC and surrounding areas of Maryland.

As a matter of fact, God is saying that the spiritual effects have already started.

So from a spiritual standpoint this nuclear dirty bomb symbolizes an explosion within the mindsets of people which will suddenly become reprobate as explained in the book of Amos 8:11-12.

11 “The days are coming,” declares the Sovereign Lord,
“when I will send a famine through the land—
not a famine of food or a thirst for water,
but a famine of hearing the words of the Lord.
12 People will stagger from sea to sea
and wander from north to east,
searching for the word of the Lord,
but they will not find it.

So with that being said, People of God

The Lord is saying that this spiritual dirty bomb explosion will set off a spiritual famine where some, not all, but some people will become deaf and ignorant to sound doctrine, integrity, and honesty.

God says this explosion will be more prevalent in leadership such as those that are in the White House and Leaders in the Church/ or Body of Christ.

And as a result of their decisions, many people will suffer.

But this spiritual famine will be a state of mind where certain people will not be able to see or hear Gods word.

Because when they had the opportunity, they would not listen, they would not do right by God, they pushed sound doctrine away, and they refused to hear the Gospel of Jesus Christ.

God says that Leaders in His Church are guilty of this. God says the Pastors, Bishops, Evangelists, and the like have failed the citizens in this region.

And even now, the Lord says, these church leaders still have no fear or reverence for the God of the earth because they have made up their minds that they would better benefit by compromising the Gospel. By preaching watered down messages, by avoiding teaching the truth concerning my Kingdom and hell, says the Lord.

The Lord also asked me to refer to the parable of the soil and Sower because in this text, it describes how anything that comes from God, to include the Gospel of truth, are gifts and when God gives us a gift, it should never be despised or rejected. The text further justifies why God would allow someone to attain a reprobate mind.

24 “Consider carefully what you hear,” he continued. “With the measure you use, it will be measured to you—and even more. 25 Whoever has will be given more; whoever does not have, even what they have will be taken from them.”

So how do these verses tie into Gods warning this warning on today?

This dirty bomb explosion from a spiritual perspective will initiate a spiritual famine in the minds of all people that have rejected and continue to reject Gods truth and what is right. Therefore, their minds will become reprobate, says the Lord.

So that is the spiritual part of this warning guys.

Now for the Physical implication.

God says when this bomb is released there will be very few casualties BUT the smoke from the bomb will contaminate large areas and over time.

God says the radiation will paralyze the community and increase the probability of cancer striking hundreds of people.

God says that the vast territory that the radiation from the bomb will travel, will contaminate it and make these areas inhabitable.

And as a result of this, politicians will have to find ways to decontaminate the areas that will be affected.

The lord said the reason this will happen has nothing to do with Him But everything to with the failure of our leaders in Government. God said Shaneika, the threat of dirty nuclear bombs potentially coming to the United States has been overlooked by politicians over a period of several years.

God said, your leaders do not see this as an obvious threat and therefore have ignored its priority to this major cities’ health.

God says it is also easy for a person with ill intent to get access to this radioactive material because it can be easily scavenged from hospitals or trucks and then smuggled under low security measures.

God says there are no current strategies in place to address how to deal with the manufacturing of these dirty bombs because they can be created in secret and undetected.

My dear beloved children. The time is now for you to choose who you will serve.

If you love me, the Lord your God with all your heart and all your soul, then you have my promise, my promise to never leave you nor forsake you says the Lord.

But if you choose to serve satan this day, then in that day when my word comes forth, you shall deal with the consequences of your decision to reject me, and you will endure whatever hardships that come your way as a result of rejecting my warning, says the Lord.

Take heed, this is my warning, says the living God!

So that is the word of the Lord.

People of God, I also hear the Holy Spirit saying right now is that.

And the prayers of the righteous availeth much and where there are 2 or three gathered in my name, there I am in the midst ( James 5:16, Matthew 18:20).

The Lord says your job concerning this warning is to pray and intercede that Gods will be done.