Prophetic Words | Up to 4️⃣0️⃣ Days of Testing are coming just before your Assignment begins! 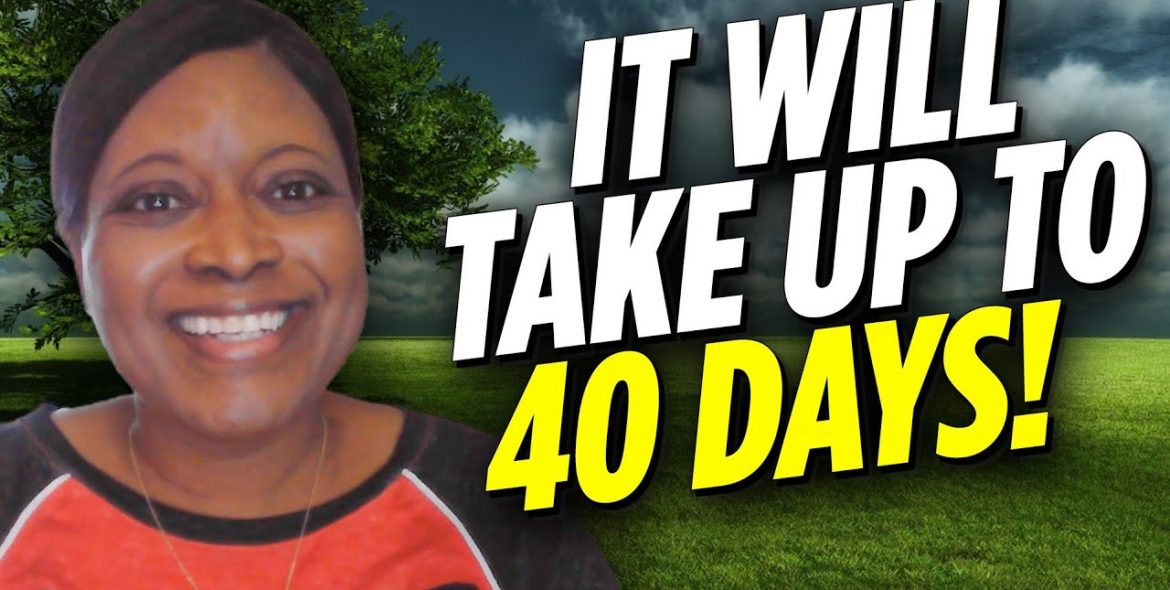 Video Link: Prophetic Words | Up to 4️⃣0️⃣ Days of Testing are coming just before your Assignment begins!

So this is a prophetic word, and it’s going to be for a select few of God’s people.

One of the most recent ones that I released talked about the unraveling of the harvest for the wicked and the righteous, the unraveling.

And I’m saying unraveling because, for those of you that don’t understand that term, you’ll have to go back and watch the video so you’ll know what that means. But I did speak in the video that we were going to continue to see an unraveling of our harvest through the end of the year of 2021. Now I want to say something here. This is in reference to 2021 guys, but that doesn’t mean that harvest stopped. As long as we’re sowing and reaping, there will always be a harvest whether it’s good or whether it’s bad. I’m just speaking in reference to this particular year. And it’s not to say that I won’t speak about future harvests as we continue on into our days, Lord willing.

But I think it was like August the 30th, I posted a prophetic word in the community of the YouTube channel. I think I posted it on Instagram and Facebook. And it’s also on my website where the Lord was sharing with us that we were getting ready to enter into a new season of harvest, unraveling people, receiving something out of their harvest that they have not yet received. September the first was the date that the Lord gave me for this particular timeframe.

So let’s go to Matthew four and I’m reading the NIV version this time, guys. It says then Jesus was led by the spirit, into the wilderness to be tempted by the devil. After fasting 40 days and 40 nights, he was hungry. The tempter came to him and said, if you are the son of God, tell these stones to become bread. Jesus answered it is written. Man shall not live on bread alone, but on every word that comes from the mouth of God. Then the devil took him to the holy city and had him stand on the highest point of the temple. If you are the son of God, he said, throw yourself down for it is written. He will command his angels concerning you and they lift you up in their hands so that you will not strike your foot against the stone. Jesus answered him. It is also written, do not put the Lord your God to the test. Again, the devil took him to a very high mountain and showed him all the kingdoms of the world and their splendor. All this I will give you he said if you will bow down and worship me. Jesus said to him away from me, Satan, for it is written worship the Lord, your God, and serve him only. Then the devil left him and angels came and attended him. Hallelujah.

People of God, many of you are getting ready to enter into a period of fasting. You’re getting ready to enter into a period of where you’re going to be tempted. You’re going to be tempted. And the reason for this is because just like Jesus, there is a heavy call on your life. There is an assignment that is on your life that is going to require that you are in position to resist the temptations of the devil. Hallelujah. Jesus was in the wilderness for 40 days and 40 nights. He was fasting and he was hungry and he was being tempted by the enemy. Now let me stop right here. God is saying the purpose of me explaining this to you is because a lot of people feel like when they’re in their wildernesses, that it is something that they’ve done. They feel like they’re being punished for something. They feel like they did something wrong. And God is saying that the purpose of him using me to prophesy to you is because many of you if you didn’t hear this word, you would mistake this short period of time of fasting in the wilderness of being tempted by the enemy. You would mistake it as being something that you did wrong. You would mistake it as the enemy overcoming you. But God is saying that child of God, when you enter into this period, it is not because you did something wrong, it is because you did something right. It is because you allowed for him to shape you. You allow for him to mold you. You allow for him to teach you. You allowed for him to train you. And now you’re getting ready to receive the unraveling of the harvest, which is an assignment.

There is an assignment that is in your life that you’re getting ready to pursue. How many of you know that when you are in a place of wilderness, it is a holding place. It is a place of testing. It is a place of trial. It is a place of tribulation, not because it’s meant to overcome you, not because it’s meant to harm you, but it’s meant to prepare you for what is coming next. Your next is the unraveling of your harvest. Your next is the unraveling of the assignment that is coming out of your harvest. Many of you are getting ready to start your ministries, just like Jesus did. How many of you know that Jesus, after he came out of the wilderness for 40 days and 40 nights after he was tempted by the enemy, he came out unscathed and he escaped. He resisted the temptation of the enemy and what happened next? Let’s go to Matthew chapter four, verses 12 through 17. It says this…

When Jesus heard that John had been put into prison, he withdrew to Galilee, leaving Nazareth. But he went and lived in Capra nom, which was by the lake in the area of Zebulon and Naphtali to fulfill what was said through the prophet Isaiah. Land of Zebulun and land up Naphtali, the way of the sea beyond the Jordan, Galilee of the Gentiles. The people living in darkness have seen a great light on those living in the land of the shadow of death, a light has dawned. From that time on Jesus began to preach, Repent for the kingdom of heaven has come near. So we can see that after Jesus came out of the wilderness, out of his 40 days of fasting, 40 nights of fasting, and being tempted by the enemy, what happened next? He began his ministry. He started speaking the truth to the people. And so that is what God is saying. As a result of you pushing closer to the unraveling of your harvest, there are a select few of you where your assignments are getting ready to come out.

God is saying that it is very important that when he takes you through this period of testing when he takes you through the period of allowing the enemy to tempt you, that you not be dismayed, that you not be discouraged, that you not mistake it as something that you’ve done wrong, because God is saying that you haven’t done anything wrong. As a matter of fact, you’ve done everything right. And that is why you’re here because you’ve been prepared to be able to resist the tactics of the enemy. Just like Jesus did in the wilderness, he was able to bring forth the word, the truth to resist the enemy, to let the enemy know, no, I’m not no dummy. I know who my father is. And I know what his plan is for my life. And devil, you will not take me off track. You will not tell me lies, but I will continue on with my fast and I will conquer you. And I will resist your temptation and when I come out of this, I’m going to preach the gospel. I’m going to walk to the cross. I’m going to be the lamb that the Lord has chosen to be the sacrifice for humanity.

So that is the word from the Lord today.