Prophetic Word of Warning: This May Concern You! 👏🏾 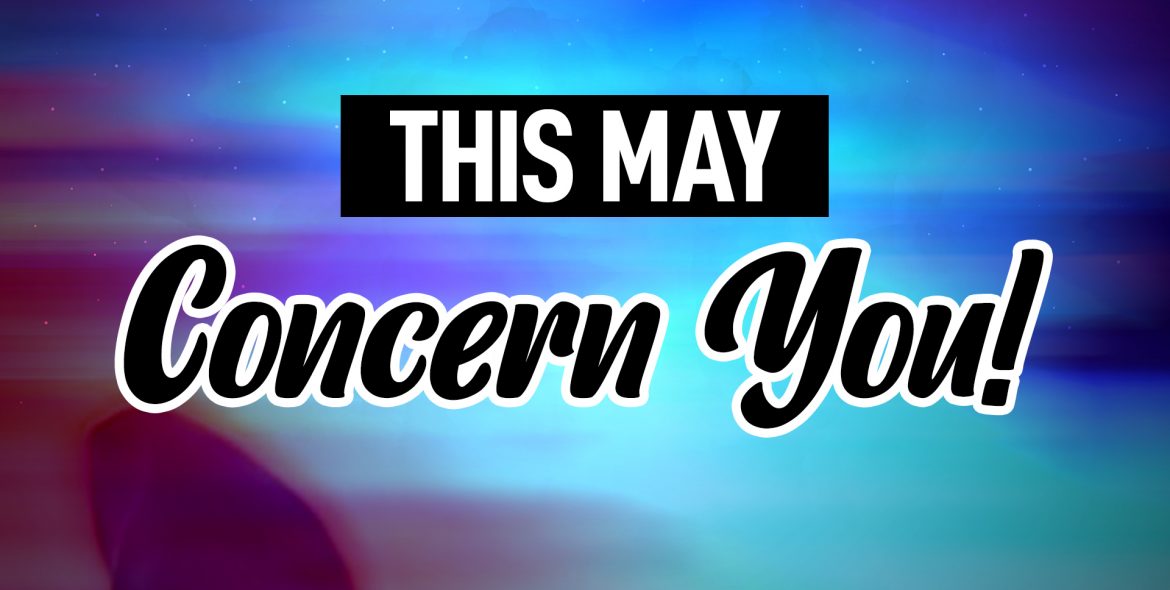 Video Link: Prophetic Word of Warning: This May Concern You!

People of God, there is a burden in my heart and also people have been coming to me. They are weary, they’re tired, and they’re ready to give up. And they’re just trying to figure out how they are going to continue this walk with Jesus Christ. And just after speaking with them and learning the source of how they feel and what they’re going through, what I’m learning is that it all boils down to our obedience to God. People of God, we have got to get it together. We have to make a decision in our lives to be obedient to God. We cannot be disobedient to God and not do what he asks us to do, and then expect for him to bless us and then expect for him to bring forth the promise and then expect for him to provide those things that we think that we need from him if we won’t even take the time to acknowledge him.

If you all have been following my ministry for quite some time, you know I just released a word back on June 20th, I believe. And it was called July will surprise you. And in that message, God was talking about the surprises that many of us were gonna see good or bad. And that how we responded to him after that message was going to dictate how our surprises were going to look. And so that video was on the 20th of June. So that means we had like nine or 10 more days in the month to consecrate ourselves, to take time off of social media, to take time off of those things that we spend more hours on than we do with God. God was calling us to come to him and to talk to him, to read his word, to praise and worship, just to be in his presence. And he asked us to do that for the remaining days of the month. And I remember telling you guys, you’re not gonna see me on here for the rest of June and I’m not coming back until July. And I did just that because I know that when God says that he’s gonna do something, that is exactly what he’s going to do.

And so now there are people that I have encountered these past couple of days and they are already experiencing the surprises that God has spoken of. And these surprises are not good. There are some people that are weary. There are some people that are shocked right now. There are some people that are in bad situations. Some people have fallen into financial problems. Some people have fallen into issues in the home, issues in their relationships, in family, and just things that appeared to have come out of nowhere. And I gotta tell you, not one of them, after speaking to them could say that they actually listened to the father and sat down and consecrated themselves. They didn’t take heed to God’s word. And so I say that to say this, we have got to get serious about our relationship with God. We have to get serious about being obedient people of God. Because at the end of the day, I don’t care how many prophets are prophesying to you, how many pastors are preaching, how many teachers are teaching, how many evangelists are evangelizing… At the end of the day, it is your responsibility to work out your own salvation.

When we get to the judgment seat of Christ, the Lord is not going to talk to the prophet about what you did, but God is gonna talk to you about what you did. We gotta get serious about our connection with God, our intimacy with God, and knowing God for ourselves. Because the times that we are coming into, people of God, only God is going to be able to keep us and protect us. Only God is gonna be the one that’s gonna be able to carry us over into the time that we go into our rest and wait for him or we are here when God comes back. People of God, Jesus is so near that I can taste it. Now, I know that we have heard these stories over the years, Jesus is coming soon. Jesus is coming soon. Jesus is coming soon. But I’m telling you that Jesus is near. But let me tell you the revelation in that. It’s not that because he’s gonna crack that sky open one day in return. But it’s that the death angel is all around us. And that is the burden that is on my heart because a lot of people are missing it.

Jesus is coming. That is so. He’s definitely coming. But guess what, many people’s souls are going to already be designated to hell before he even gets here. You understand what I’m saying? We gotta know God for ourselves, people of God. We cannot expect for other people to do the work for us. Yes, God uses the servant of the Lord to prophesy, to help prepare you for what’s coming. But we can’t save you, beloved. We can’t make you pick up your Bible. We can’t make you surrender yourself to God. You have to do that. You gotta do it for yourself and you gotta do it before it’s too late. A lot of people are not waking up in the mornings. A lot of people are not able to attend that function because the death angel came and visited them. People of God now is the time to give yourself to Christ. I’m not saying that God is coming today. We don’t know when he’s coming, but we also don’t know when our last day is, we don’t know when our last breath is gonna be and you can’t wait until you die to make a decision. Because at that point you can’t make a decision. Amen?

So God gave me this epiphany and he said, beloved, remind the people that the death angel is visiting houses. And they may have gotten by with not consecrating themselves when I asked them to, but they won’t get away from taking their last breath. And so the question is, are you ready? We gotta stop playing with God. We gotta stop trying to take hold of our own destinies because we don’t have control. We have control over our decision to receive Christ. Amen. So, people of God, the warning has went forth. The Lord says, take heed, start consecrating yourselves. Start taking your relationship with God seriously.

PrevPreviousProphetic Word: The Bloodline Witch will MISS IT + be Dealt with by God! 🙏🏾The Family Witch Falls!
NextMeet my Husband! A short clip of our Charleston Trip onNext