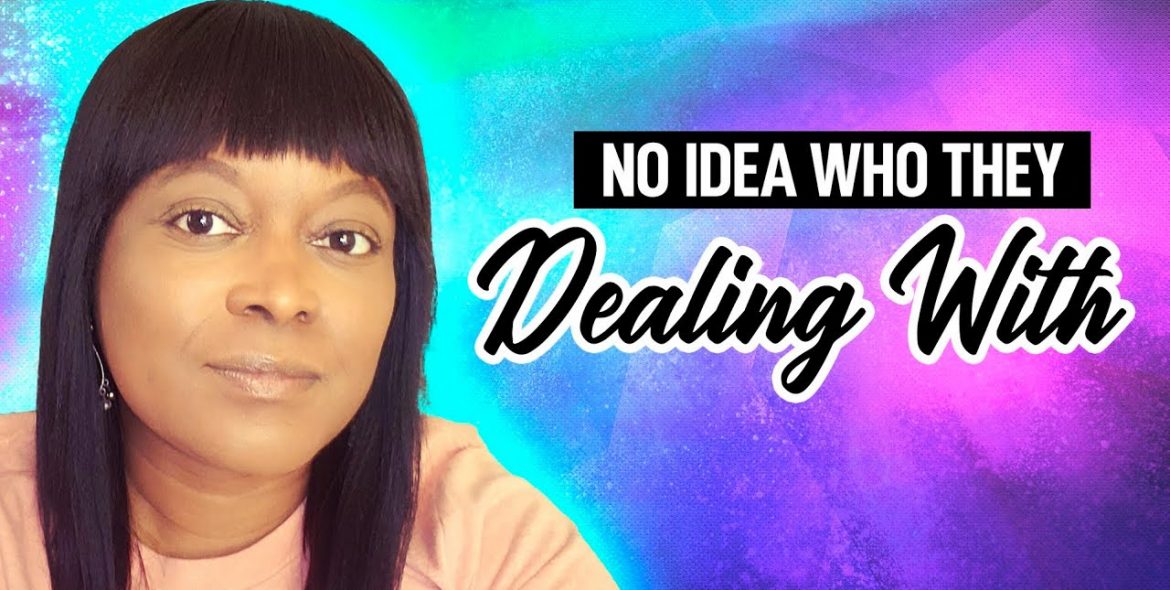 I have a powerful word from the Lord for those that this message is for. God says this a special word is for His Chosen ones.

And What does God mean by chosen ones concerning this message?

He means those of you that accepted God invitation to serve Him and only Him, and you have a willingness to suffer and pay the price that comes with following Jesus Christ.

God wants to talk to those of you that said YES when he called you to be of service in His Kingdom.

The Lord says his chosen ones are the ones that made a decision to walk the straight and narrow path with him to heaven in faith and obedience to God.

The Lord has a powerful message for you today.

So with that being said, you all know my stance, don’t come to me, but Go to God if you have questions about His Word because I am just the messenger and my job is to send you back to God, amen? It is your responsibility to test the spirit behind this message and you guys may know that I have a video in the description box below that can help give you some tips on how to approach God concerning this prophetic word, okay?

As you may have seen, the title of this message is Lately you have been targeted or attacked but God says to listen to this…

People of God, before I release Gods word, let me say this:

You all need to really recognize that there are people that are blind and they have no idea who they are dealing with.

The vessels that are being used by satan to target you are ignorant to satan’s devices and as a result they attack you without having a full understanding of the consequences of their actions.

How do we know that? Come with me quickly to the word of God.

11 For the Lord God is a sun and shield: the Lord will give grace and glory: no good thing will he withhold from them that walk uprightly.

12 O Lord of hosts, blessed is the man that trusteth in thee.

This means that Gods chosen ones are always being protected by God at all times. Why? Because we are completely surrendered to Gods will and because the bible says God is our sun and our shield, hallelujah! Thank-you Jesus!

Now, I want to release Gods message to you chosen ones that are watching. The Lord says this is your word in this hour, listen carefully as you hear the word of the Lord.

My beloved children, satan is not ignorant to your identity nor the authority I have give you in Christ Jesus to trample the serpent. But despite their knowledge, they still refuse to recognize who you are in me, says the Lord.

My Chosen Ones, you are a threat many because of the light that shines through you and when your enemies see you, they are forced to see a mirror that reflects back to them their evil doings, and wicked deeds says the Lord.

So when they set up traps and weapons again you, they become more and more frustrated, irritated, angry, envious, jealous, and filled with rage when their wicked attacks do not prosper says the Lord.

My sons and daughters, satan really hates you just as he hates me and wants to see you dead. Therefore, satan will use anyone to rise up against you to help meet its agenda of trying to destroy my purpose for your life, says the Lord.

I see that some of you are still battling emotionally, spiritually and physically with people that you once thought you could trust. Some of  you are still contending with people that were supposed to have your best interest in mind. Some of you are still distraught with those that continue to make you a target for harassment, bullying, and embarrassment in an attempt to try and make you give up and to try to convince you that you are losing your mind say the Lord.

My children, you have to understand that as long as you belong to me, as long as you are my chosen people, you are going to have enemies, there will always be vessels that you least expected and ones that you never knew, and you will have demons that will try to attack you for all the days of your life, says the Lord.

But listen, despite the efforts of the wicked ones, you need to know that I am God, and I am your sun and Shield says the Lord and this is nothing and no one in the earth that can penetrate my protection over you says the Lord.

And even when the fiery darts come that will try to burn you. Even when blocks and sharp traps have been set in your path to make you fall and severely injure you, even when oppositions comes your why from the evil ones, know that my word is true. Know that my promises are true. Know that my words will not return to me void and Know that no weapon formed against you shall prosper but instead they will fail, says the Lord.

I will protect and shield you my faithful ones. I will be your place of safety in times of trouble says the Lord.

I will never ask any of you to seek a fight or a battle that you are not graced to win but I do want you to always see yourselves as a people that I the Lord your God have chosen to sound the alarm when I command you, walk with me without fear, and I want you to carry out all the assignments that I have given you without worry, says the Lord.

I have a special purpose for my chosen ones and because of this, all attacks that come against you will always be null, void, and powerless against you as long as I am your Father in heaven and you remain obedient to me, says the Lord.

Sons and daughters, you enemies and your adversaries have no idea who you are but many will soon find out because I have already released my warnings of judgment against the blood line witches, and the evil doers that have previously plotted and planned the demise of my chosen ones says the Lord.

I have already released my warnings to all those that have wished, prayed, and executed all manners of wickedness against you says the Lord and these are judgments that will recycle in every season of your lives until they repent or die in their wickedness says the Lord.

Again, the plots and the plans will continue to come but know that I am watching and keeping note on your behaves. And all you need to do is pray for those that come against you while I the Lord your God will fight for you and win your battle says the Lord.

Why Says the Lord?

Because I know who you are, you are my chosen ones. But they, the wicked vessels being used by satan have no idea who you are in me says the Lord and that is why their plans to destroy you will always fail, says the Lord.

There are my words to you. Take heed and know that I am God, says the living God.

Wow what a powerful yet comforting word from the Lord. Guys I am so happy that we have a God on our sides that cannot be defeated.

To all you chosen ones that are watching whether you know this or not you are force to be delt with.

So before I get off of here let us pray.