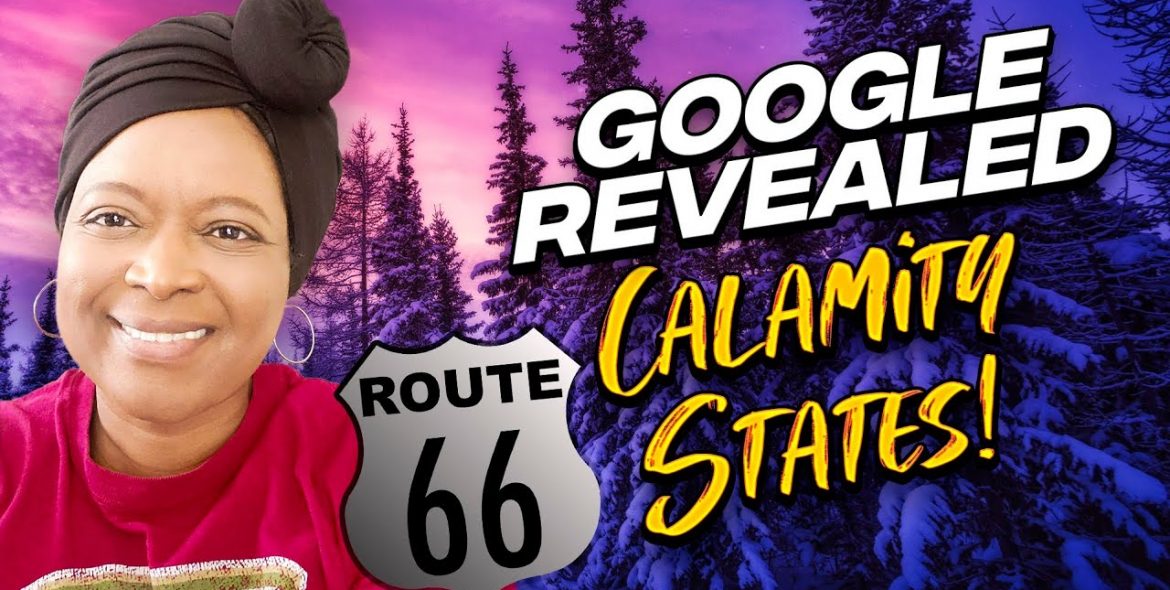 Hello, my brothers and sisters in Christ!

So this morning, God revealed to me that Google prophetically revealed the states that the church needs to pray for now. I have a whole playlist of calamity videos that I have done, calamity meaning natural disasters, and weather issues. I’ve done those. And so I will put this video in that playlist. And I was amazed because the states that popped up through this revelation that God gave me through the Google internet search are states that the Lord has given to me in the past. And they have been up under watch for calamities as well.

So basically what the Lord is saying is that these particular states are on high alert as it relates to calamities. Why is this, why are these states being attacked more than others as it relates to weather issues, as it relates to natural disasters? I’m not sure, but they are high up on the list for the church to come into prayer and agreement for these things to not happen as severely as they are showing in the spiritual realm. If that makes sense. So I gotta tell you how I came to this. I was on the internet, I believe it was the 30th of April and I was researching some other things and I saw Google has these little doodles, I think they call them and they change them every day. So when you search something in the search bar, they have a different doodle. This particular doodle, guys, as you can see here, this is what it looked like on the day that I was doing my research on something. It said route 66 in the Google. This is what I saw.

And I thought, wow, I didn’t think it was strange, but it really caught my attention. And so I left the main page and I put in what I wanted to search and I came to what I wanted to find. And there was also a Google news link on the side of what I was searching for. So I continued to do what I needed to do and then I saw the Google news. And so I went to the Google news and this is where I was at y’all. And I started just going through some things here. The first thing that popped up that I saw was this tornado, it was US. This was it right here, tornado rips through Kansas. And I started reading the article concerning this. And then I read at least one dead and five injured after gunfire breaks out. And then I came down to read this wildfire rapid spread worries New Mexico officials article.

But before I could finish reading this article, the wildfires rapid spread New Mexico, I started to remember some of the route 66 states. All of a sudden, God brought to my remembrance, some of the route 66 states. And if many of you know those states, you will be familiar with this, but there are, I think it’s eight states. And so I heard the Lord say, I want you to research the states where the US route 66 flows. And I said, US, why are you saying us? He said because these are US states. Now, if you go back up to the top, this is the Google news. It says US right here. And so I said, uh oh, God is getting ready to take me to some revelation. So I looked up US route 66 on the internet, people of God. And I came to this Wikipedia and I also went to some other sites to verify these particular states, but I’m using Wikipedia for this video. Now, when you come to Wikipedia and I just wanna show you guys that this is the us route 66, you can see that up top. So when you come back down to the bottom, it gives you the states that the US route 66 runs through.

So we have California, we have Arizona, we have New Mexico. We have Texas, Oklahoma and Kansas, Missouri, and Illinois. People of God, my mouth dropped because these are the same states that God gave me revelation and warning about in the past, I think it was like 2019 to 2020. You guys gotta go back through my playlist to see what I said and what the Lord had given me. But I recognize these states from the past. But in addition to that, if you go back to the news, the US news, you’ll see that Kansas is here. Kansas happens to be one of those states that the route 66 runs through. And if you come down, we have New Mexico, which is another route 66 state. Now, if you pay attention to the calamity type, it says, a tornado rips through Kansas, and three students are killed. And if you come down to New Mexico, it says wildfires, rapid spread worries, New Mexico.

So people of God, what the Lord had begun to speak to me about concerning this revelation is that these calamities are nothing new. We are going to continue to see increased intensity in the calamities all over the world. The pandemics, diseases, water shortages, food shortages, all of this stuff is gonna continue to happen until the end of time. But the call to action that the Lord is giving the church, the body of Christ in this hour is that he wants us to come into prayer for these specific states that Google unknowingly revealed as needing prayer. I believe that the Lord is trying to show us, people of God, that these particular states, and there are eight of them. There’s Kansas, New Mexico, Oklahoma, Missouri, Illinois, Texas, Arizona, and California specifically are at the top of the list. This is not to say that other states are not gonna have calamities. That’s not what God is saying. What God is saying, is that it is these particular states that we need to be on the prayer call for. We need to be in intercession for, we need to be praying because Google is literally revealing and prophesying what the church can expect to see. There is going to be an increase in calamities in these particular states. God is saying that these particular states are going to be highlighted in the news more than any other state. Hear the word of the Lord.

Somebody saying right now, well, Shaneika, why would God be asking us to pray for these particular states if it was just stated by you that the calamities in the world in the US are going to intensify until we get to the end of our days? And my answer to you, child of God, is that prayer changes things. We must take advantage of the power of agreement, which the Bible speaks of in Matthew chapter 18, verse 20. It says for where two or three are gathered together in my name, there am I in the midst of them. If you read about Jesus in his early ministry, you’ll see that Jesus stepped away frequently to pray. Jesus calls us to pray for our brothers and our sisters and for those that we don’t know. And as a result of our prayers, people of God, things happen, things change that would not have otherwise been that way if we did not pray. Praise God. This is a personal invitation that God is using me to ask of you concerning your sisters and your brothers that reside in these places. God is calling the church to prayer. God is calling the church to intercession. God is omnipresent. God has ultimate power in wisdom and God will use our prayers as he sees fit. And he will do the things that he needs to do according to his will and his glory as it relates to the calamities that are coming to these particular states.

God is saying that it is not our responsibility on how this stuff’s gonna turn out, but it is our responsibility as a body of Christ, as a church to intercede, as God is giving us warning, God is giving us a heads up. God is giving us revelation. God is giving us a prophetic word. And so now that we know what we know, the blood of the people is on our hands as a body of Christ, and it won’t be lifted unless we pray wholeheartedly. So the word of today is God is calling the church to pray. We are praying for Kansas, New Mexico, Oklahoma, Missouri, Illinois, Texas, Arizona, and California. These are the specific states in addition to all of the other places that we are required to pray for, cause we should be praying for our nation every day. But God is placing a special instances on these particular states because they are highlighted in the red, in the spiritual realm. Calamities are intensified in these particular states. So God is saying to do your due diligence as a believer and to pray for our brothers and sisters in these places. That is the word from the Lord today, people of God.

PrevPreviousIMPENDING Prophetic Warning: Pipeline Issues are arising 🚰 (Here is your strategy!)
NextPowerful Prophetic Word 💯 YOU will Accelerate and Bypass them!Next 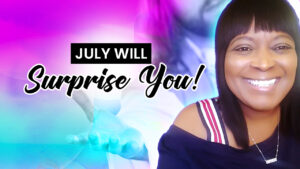 Prophetic Word: July 2022 will surprise YOU! 🙌🏾 (Not your expected word)

July will Surprise YOU! 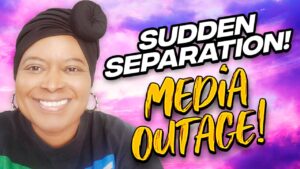