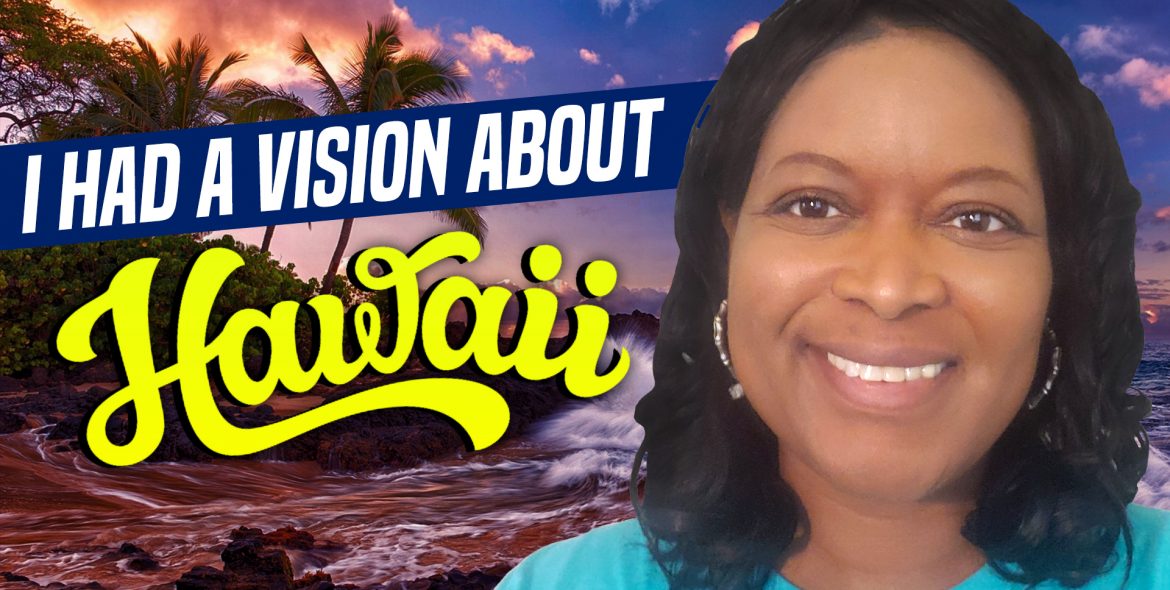 Glory to Jesus Christ. Good morning. Good afternoon. Good evening. Hello brothers. Hello, sisters in Christ. I hope that you all are well in the Lord, as always, I am happy to be in your presence. I thank you guys for coming to hear what the Lord is saying in this moment in time. So people of God, as you can see from the title of this message, it is a warning. It’s a warning. So I’m going to go ahead and just start off with my disclaimers because anytime the Lord is issuing a warning, there is no room for adding or taking away from God’s word. I just need to bring it and leave it with you all to test, test, test the spirit. So you guys know, I haven’t said it in the wild, but I’ve said it in the past. I never come to you all from a spirit of judgment or condemnation. I am not in position to judge you or condemn anyone. I am no better than you are.

So again, I will say this, this morning is something that I have to issue. If you have any questions about what God is saying in this message, guys, it is your responsibility to go to the father. I’m supposed to direct you back to him. So you’ll go to God, you’ll pray about the word and allow for him to speak to your spirit. So, first guys, the Lord is leading me to tell you how this warning manifested in my spirit. This past Friday, I had a vision of Hawaii. So in the vision, I was in my bedroom and I just went into this vision and I was looking out almost like I was looking down at a city. And at that moment I did not know what the city was, but as I was watching the city from afar, I started to see water. I started to see the flow of water coming into the city from the other way, it was coming towards me, basically in the city. And I remember seeing the buildings being tall. And I remember looking like it was kind of like a brushing up, the water was so strong, you know, and you could see that the water was going to eventually flood and it was going to come up higher.

And as I was watching this, the first thing that came to my spirit was tsunami. That was the first thing that came to my spirit. I didn’t hear anybody say that, but that’s what I just thought it was. It looked like it was a tsunami because the water was coming in so fast. It was brushing up against the buildings and it was so heavy. It was like, I could hear the waves brushing up against the buildings. And so, as I was watching, I began to come up out of the vision. But right before the vision began to fade, I saw the word Hawaii come across the bottom of the buildings. And I remember when I saw that I called it out. I said, Hawaii. And then the vision ended. So of course, guys, I asked God to reveal to me what the vision meant. Now, most of the time, the Lord gives me some time before he’ll give me an interpretation of dreams, of visions, or whatever I’m looking for an interpretation for. But this specific vision, God gave me an immediate response.

So in the vision guys that I had about Hawaii, the Lord began to reveal to me that it was directly linked to the very last warning that God gave us in part two. And if you look in the description box of this video titled: California plus other shaking aches and pains, a last day’s message. So in part two guys, one of the things that God spoke about was that he was speaking to the people in the region of Hawaii because this region express no fear of the Lord. And instead, they were worshiping water gods and idols, which he found to be detestable. God also placed a special emphasis of Hawaii in the area of Honolulu. And in that message, God also warned Hawaii about the calamities that will come upon their region if they did not repent. And God said that the calamities that will come upon the region if they did not repent would come in the form of a shaking in the earth and tidal waves, hallelujah.

The Lord also said that he had been warning this region through his prophets and other vessels, and even within their own spirits about the impending disasters. Because first of all, the leaders, hallelujah, of that region are leading people to be denied the rights, to pray to him, to worship him. And so God found all of these things to be so much detestable in his sight that he issued the warning because of it. So with all that said, people of God, let me go ahead and give you the word of the Lord. God is being very specific about this word. He says I want you to read the word exactly the way I gave it to you, my beloved. It will not be long, but it will be to the point because God is saying that the people that watch this, that are connected to this in some way that you will need to take heed. So again, people test the spirit. I cannot answer questions about what God is saying, but God says that you can ask him about what he’s saying in this word.

So this is what the Lord is saying. He says, listen carefully, Hawaii. As I have stated to you previously, I will permit the earthquake to arrive in your region. And it will happen suddenly as a sign of my wrath and judgment upon the land and against the people who deny my righteous the freedom to serve me. And against the people who worship these wicked water gods and idols says the Lord. God says, as a result of the shaking in your land, tidal waves will show up at your doorstep and you will either seek my face and live or die by the sword of your water gods and idols. The Lord says, my purpose for the water was never intended to bring judgment or death. But my purpose for my waters is as follows in Genesis chapter one verses 20 through 22. And it says this, and God said, Let the waters bring forth abundantly the moving creature that has life and fowl that may fly above the earth in the open firmament of heaven.

And God created great whales. And every living creature that moveth, which the waters brought forth abundantly after their kind and every winged fowl after his kind. And God saw that it was good. And God blessed them saying, be fruitful and multiply and fill the waters in the seas and let fowl multiply in the earth. God says, but instead of my purpose for water being sustained in the land, my bodies of water had been heavily polluted by you wicked people. My waters have been heavily polluted with demons that influenced the people in the land even though I, the Lord, your God created the waters for a good purpose. The Lord says because you worship the Marine spirits, you are bringing all kinds of diseases. You’re bringing famines, demonic influences, natural disasters, spiritual warfare, and you are opening up unseen, demonic, spiritual realms. The Lord says because the people have turned away from me by despising prayer in the land, the tidal waves will arrive in your region, says the Lord. Less you repent this very second as I am speaking to you, God says repeat it again.

The Lord says, because the people have turned away from me by despising prayer in the land and worshiping the water gods and idols, the tidal waves will arrive in your region, says the Lord, less you repent this very second as I speak to you. And if you do not repent, says the Lord, you will not be able to pray for my safety when the disaster comes. God says, and as for my righteous in the land, my word will not return to me void. I will protect you as I have previously promised. And my promise of refuge will be upon you during your time of calamity says the Lord. And my righteous whom I know their hearts and will diligently seek me in the middle of this shaking that will come in the middle of the waters that will come. I shall protect thee, says the Lord. Take head. This is my warning, says the living God. So that is the word from the Lord, people of God, take heed, take heed, take heed.

One of the things that my spirit heavily speaks to me that God is not playing. And his word is his word and it is coming to pass quickly because our time is running out. And God is not giving people a whole lot of time to get things right.