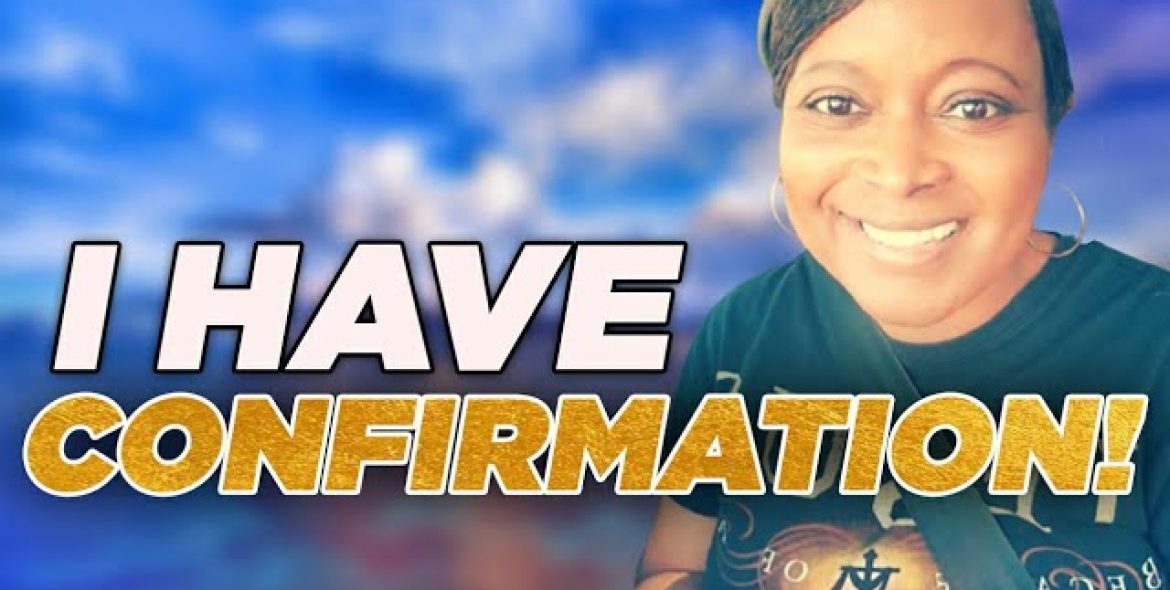 Video Link: God’s word “FINALLY” still Stands! ☝🏿 I have confirmation to proclaim it 4 you!

I wanted to bring some confirmation. I released a word on behalf of God a few days ago called “finally, soon you will see your enemy no more”. And since then I’ve received some correspondences where some people are just concerned about God not dealing with the enemy, even after the Lord spoke to us about it and revealed it to us through the book of Isaiah chapter 41.God is going to do what he said he was going to do!!

See, the enemy has become more aggressive. The enemy has been coming against you a lot more often than before. The enemy has been intimidating you in different ways and coming at you from different angles and different perspectives. And as a result, it has created a new sort of fear in you, a new sort of discipline your spirit in thinking that God, once again is allowing the enemy to tread on top of your head is allowing the enemy to do what they want to do and to get away with the things that they get away with, even though you are doing what God has asked you to do. Many of you have been faced with slander, you’ve been faced with lies. You’ve been faced with being treated unfairly. And at the same time that you’re dealing with that in your heart and in your spirit, God asks you to remain silent. God says, do not go back and forth with the enemy, but to allow for him to vindicate you, God said to resist the enemy and he will flee. God said to pray for your enemy and seek deliverance for your enemy and seek for the heart and mind of the enemy to be open, to seek for that situation and that circumstance to finally be dealt with by God. But as you’ve been doing that, it just seems like the enemy is getting more and more and more aggressive.

Many of you have been dealing with enemies for a long time. And in the most recent message that the Lord released, he said, some of you have been dealing with enemies from your previous seasons for years, some of you for months, some of you for days, and you don’t think that God is going to come through, you don’t see the change. You don’t see the shift, you don’t see the vindication, you don’t see God doing something about how you feel about what happened to you and what is God going to do. But I’m here to speak to you, child of God, to say that God says to be patient. God says that he is not a man that he shall lie. God says that he is going to honor his word. And soon your enemy will be no more. God says enough is enough. And he sees that you have learned your lesson because, for some of you, you are learning a lesson. God is teaching you something, God training you. He’s trying to show you who you are in him. For some of you, you made a bad decision, and God is trying to show you the seriousness of getting involved with people that you have not sought his wisdom about. But God is saying that many of you have come to a place where you understand how you deal with other people, how you deal with circumstances. And as a result, the time and the season has arrived where your enemy will be no more.

Whether it be through that agent of Satan, whether it be through the agents of Satan, whether it be that circumstance or that situation that has been plaguing your life. I had a dream last night, people of God, and the dream was a warning dream. And I’m not going to share with you what the dream was about because it was personal. But what I will say is that the dream was an indicator of confirmation that God is going to do what he said he was going to do. God allowed for me to get inside sight. I was able to see what a certain situation was doing behind closed doors. I was able to see what a certain agent of Satan was planning and plotting against me, against my family, against, you know, just different things in my life, the Lord showed it to me.

No, He’s not a respecter of persons, but God takes care of those that he loves. God says that he’s gonna honor the Psalm 91 promise in that, as long as you dwell in the shelter of the most-high, you shall be protected. You will only be in position to observe the punishment of the wicked. And this is what the Lord is saying that your enemy is going to be no more. That God is gonna show you what he’s gonna do for you. But God needs for you to believe. God needs for you to trust him. God says, come back to the throne and receive your strength. God says that you shall not lie down low, but you will stand, you will carry your cross. You will trust that God is going to do what he says he’s going to do. Yes, the enemy is trying to get more aggressive. Yes, the enemy is trying to plan and plot against you. But the Bible says that no weapon formed against you shall prosper. And God says, the enemy can come all the ways that he want to come, but honey, he will not prosper. God says to regain your courage, to regain your boldness, to regain your strength, he is going to do what he said he was going to do.

I wanted to bring this confirmation because God says that there is someone that has actually received some sort of insight on what your enemy is trying to do next. God says that some of you have already received the more aggressive attacks from your enemy. Some of you already see that the enemy is really trying to push you off course, but God says that those are only signs that he’s getting ready to show up mighty in your situation. He’s getting ready to vindicate you. Soon you will see your enemy no more. And finally, you’ll be released from the enemies that have been following you for days and months and monitoring you for years. God says soon your enemy will be no more.

Be encouraged! The enemy can’t touch you, God got you!

PrevPreviousWhat HOLY SPIRIT declared is Spot-On! 🔜 YOUR Harvest is coming!
NextHonoring God with My Clothing ChoicesNext