God gave this Permission! ✅ (Prophetic Word: Your Purpose and Promotion are in what God allows) 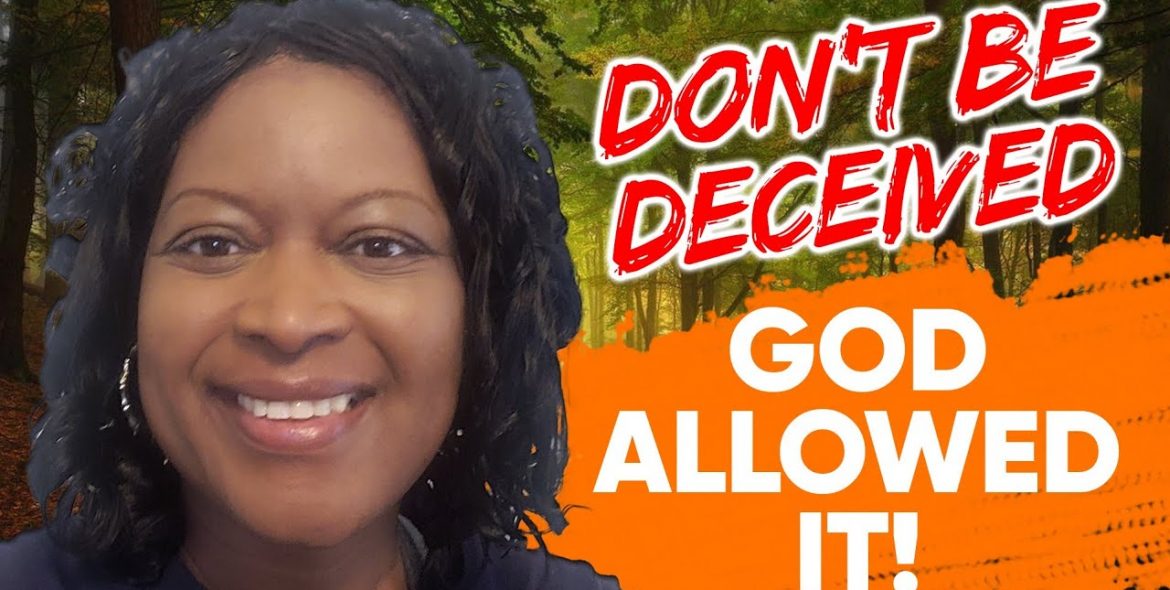 Video Link: God gave this Permission! ✅ (Prophetic Word: Your Purpose and Promotion are in what God allows)

God gave this permission! (Prophetic word: Your Purpose and Promotion are in what God allows)

Don’t be Deceived. God allowed it!

After the last video I recorded, somebody said to me, Shaneika if God is in control, why did the enemy succeed in attacking you?

And my answer to them was because God allowed it.

God gave the enemy permission to attack me. I explained to this person that the enemy has no power or authority over God and the only reason why God allowed Him to attack me was because He had a purpose for it.

The Word says in Ephesians 1:11

11 In whom also we have obtained an inheritance, being predestinated according to the purpose of him who worketh all things after the counsel of his own will:

What does this verse mean?

It means that our Father in heaven works out everything in our lives according to His will. It means that God arranges all things, all circumstances in our lives to carry out His own plans for our lives. It says that God is in control of our purpose and any other influences that pertain to our lives.

There is nothing in this verse that states that satan has the authority to override Gods will for our lives.

In fact the bible tells us in Job 1:6 that satan was a subordinate of God, not an equal to God.

But even in those instances, Satan still has to get permission from God before he can take someone’s life because it is God that has the ultimate authority, notice I said authority to cause people to die.

People of God, when I had that demonic attack the other day, God told me that just like Job, he gave the enemy permission to do it (Job 2:2-6) Why? Because there was purpose for the attack. There was promotion that would come from the attack. God said that there was something He needed for me to take away from the attack. Hallelujah!

Somebody said Shaneika why are you saying this?

I’m saying this because the Lord wants to speak to you and say that nothing happens in your life without His permission.

God says do not be deceived into thinking that the enemy has control over anything in your life because you are having a Job experience right now. God needs you to understand that He is the only one that can allow it to happen!

The bible says in Psalm 24:1 The earth is the LORD’S, and the fulness thereof; the world, and they that dwell therein. This means that everything belongs to God and there is nothing or no one that is above Him

The Lords says for those of you that belong to Him, many of you are dealing with attacks, trials, and tribulations for the following reasons:

Some of you are being tested because your faith has wavered in the past, so God is testing your faith.

God says some of you are dealing with the consequences of your own actions or decisions.

And God says some of you are being trained for your promotion in the Kingdom.

God says that your season of trial, test and tribulations will end when my purpose is accomplished in your life and when you see what happens after it is all over, you will know that I am God, and I will get the glory in your promotion!

How is this possible? It’s possible Because all power and authority belongs to God and Him alone. Amen?