Get up sayeth the Lord ☝🏿 (Prophetic Word: God is Correcting this Attitude that Many of us miss!) 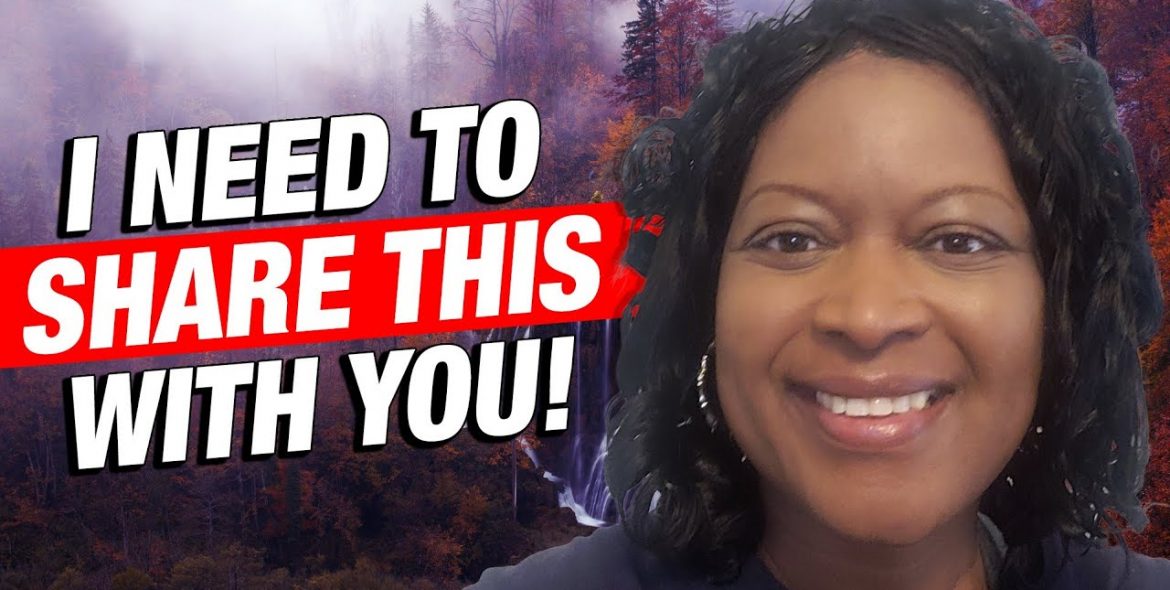 Video Link: Get up sayeth the Lord ☝🏿 (Prophetic Word: God is Correcting this Attitude that Many of us miss!)

Glory to Jesus Christ. Good morning. Good afternoon. Good evening. Hello brothers. Hello, sisters in Christ. I hope that you all are well in the Lord. It’s so good to see you guys. And as always, I am honored to be in your presence. I thank you guys for coming to hear what thus sayeth the Lord. So, people of God, I’m doing something different today. I am not on camera. I have my camera facing my Bible. This is one of those words where the Lord led me to read and then give you the prophetic word. Initially, I thought that this word was only for me only because this is the first book that the Lord has asked me to begin to read. And so, because he gave me the specific assignment to do this, I just really felt like it was going to be just for me, whatever God wanted to speak to me about.

But after getting to a certain point in chapter 15 of Jeremiah, there was just something that broke inside of me. There were so many tears. I was just wailing and just giving God thanks because what I read in the text was so real, I could put myself in Jeremiah’s shoes. Everything that he pleaded with the Lord was some things that I had been going through myself. And then God’s response was a direct correction to me as I was reading the word of God today. And I was just in tears as the Lord began to speak to my spirit in the verses that you see here. So I asked God, I said, well Lord, do I need to share this word? And he said, yes, you’re going to give a prophetic word based on what you read, what I spoke to you about in the scriptures, in the book of Jeremiah chapter 15.

I don’t know how many of you can relate, but God says that there’s going to be at least one person that is going to be able to draw your strength from what he is about to speak to you about that is related to what Jeremiah went through as a servant for God. If that makes sense. So guys, I just encourage you to stick around. I know that you don’t see me, but that is not important. What’s important is that you hear the word of the Lord. What’s important is that you are able to receive the written word of God today in your spirit if this word is applicable to you. So the first thing that I feel led to do before giving you the prophetic word is to read the scripture. So again, this word is coming from chapter 15 in Jeremiah and I want to read verses 15 through 21. And then once I read verses 15 through 21, then I am going to give you what thus sayeth the Lord. Please get your Bibles because I know that you cannot clearly see all of the verses on my camera. And then of course I’m holding my phone so I may be moving around a little bit. So it’s best to go ahead and get your Bibles so you can read along with me. This is the king James version.

And it says, starting from verse 15, Jeremiah 15. Oh, Lord thou knowest. Remember me and visit me and revenge me of my persecutors, take me not away in thy long-suffering. Know that for thy sake, I have suffered rebuke. Thy words were found and I did eat them. And thy word was unto me, the joy and rejoicing of my heart for I am called by thy name, old Lord, God of hosts. I sat not in the assembly of the mockers nor rejoiced. I sat alone because of thy hand for thou has filled me with indignation. Why is my pain perpetual and my wound incurable? Which refuses to be healed. Wilt thou be altogether unto me as a liar and as waters that fail, therefore thus sayeth the Lord if thou return, then will I bring thee again and thou shall stand before me. And if thou take forth the precious from the vile thou shalt be as my mouth. Let them return unto thee, but return not thou unto them. And I will make thee unto this people, a fence brazen wall and they shall fight against thee but they shall not prevail against thee, for I am with thee to save thee, and to deliver the sayeth the Lord. And I will deliver the out of the hand of the wicked and I will redeem thee out of the hand of the terrible.

So guys, as we can see here, Jeremiah was really feeling some type of way, and God had to correct him in the text. And that’s what happened to me as I was reading this specific block of texts in Jeremiah, tears began to roll down my eyes because the Lord was bringing to my attention that I had a spirit of self-pity. I had a spirit, an attitude of despair. The same attitude that Jeremiah had in the text was the same attitude that I had. And from a human perspective, many of us can relate almost to a point where we think like it’s valid. Because honestly, anybody that has read the life of Jeremiah you’ll know that Jeremiah had been called to preach and to prophesize to a people, the people of Israel. And every single time he would have something to say to people would rebel. Jeremiah was called to speak to a stubborn people. He was called to speak to an adulterous people. And when Jeremiah was asked to speak to the people by God, there was no change. There was no change. If anything, the people rebelled, the people mocked Jeremiah, the people plotted to kill him.

And God knew that that is what the people were going to do, but yet he still required Jeremiah to prophesy to the people. He still required Jeremiah to preach what thus sayeth the Lord to the people. And as a result of this, even though Jeremiah was a prophet, he was a righteous representation of God. He still was human. And when Jeremiah was dealing with these things, it made him feel alone. It made him feel rejected. It made him feel depressed. It made Jeremiah feel like his prophecies were in vain. His preaching was going unheard. His efforts were useless. And this is what I, people of God, I’m being transparent, have been dealing with for the last few months. I have been going back and forth about what the Lord has called me to do for the kingdom. And there have been many of sleepless nights for me. There have been many of tears that I have cried questioning whether I was doing what God has called me to do. And I hear the Lord saying that there is someone, there was at least one person that is watching this word, you’re watching this video. And you also have developed a spirit of self-pity. You have developed a spirit of despair.

Why? Because you feel like your work is in vain. You feel like the people will not hear you. You feel like the people do not appreciate what God has asked you to do for them. God says that many of you have been called to a stiff net people. Many of you have been called to have to speak to a stubborn people. Many of you have been called to serve people that will mock you and slander you. Many of you have been asked to give to a person that if they had the opportunity to stab you in the back, that is exactly what they will do. And during that process, during the assignment that you are trying to complete for the Lord, you feel alone. You feel like what you are doing is not working. You feel depressed, you feel rejected. You feel like something is wrong. This is where you are right now. And God wanted me to tell you beloved. I don’t know if you’re a woman of God, a man of God, or both. God says, come out, come out of your despair. God says, come out of yourself. Pity. God is calling you to correction. God says that self-pity is not the response that you shall have with the assignment that he has given you. God says he knows that it’s hard. He knows how hard it is for you to serve him, to serve the stiff neck people, to serve the mockers and the liars, to serve the stubborn people and do it with a smile and do it with compassion. And to do it as if you are working unto the Lord, God says, he knows how hard that is for you. But at the same time, he needs for you to revisit his word. If you look at verse 20 in Jeremiah 15, the Lord promises Jeremiah, he says, and I will make the unto this people, a fenced brazen wall. And they shall fight against thee, but they shall not prevail against thee for, I am with thee and thee I will deliver. That’s what the Lord says. And God says that some of you have gotten to a place that not only do you have self-pity, not only have you been feeling sorry for yourself, but you have gotten into a place where you have allowed the people to dictate how you feel.

God says it’s not going to be easy. God says that he’s not going to babysit you because he has equipped you to do the job. God says that your confidence should always be in him and not self-pity. God says, pick your assignment back up for the of God that drops your assignment. For the child of God that stopped doing what God called you to do for the child of God that has given up. God says, pick your cross back up and get back to the assignment that he has assigned for you to do. God says, stop worrying about the response. Stop worrying about what the devil thinks he gonna do. God says he got that. God says that is taken care of. No weapon formed against you shall prosper when you are operating in your anointing when you are doing what God has called you to do. As the word says in Jeremiah, nothing shall prevail against you. I will protect thee, I will be the provider of thee. Do what I called you to do in the meantime. You hear me?

PrevPreviousPrepare for this Encounter 🔥 (Prophetic Word: Your anointing is Heavy + It makes them Mad)
NextMale with Mark of Beast 🔥 (Prophetic Warning: These are the antichrist characteristics)Next