CAUGHT! You will hardly believe it! ♦️ (Prophetic Word: Your time 2 move on & receive Gods blessing) 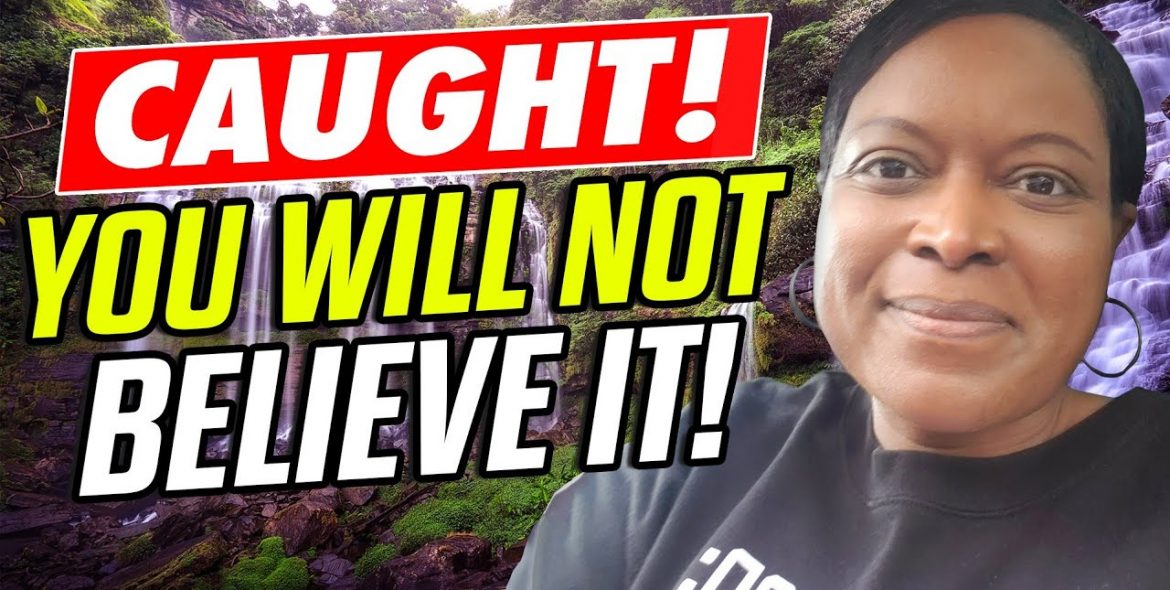 You are not going to believe it!

Blessings people of God! I will not hold you long.

I just want to release a word to the few that will watch this video and God says you will experience this. This word is also for those that have already and most recently experienced this.

This word kind of piggy backs off the last Word I gave “Prepare 4 a sudden Return” that God is releasing to the righteous because some of your returns are going to manifest in the way I am going to speak about.

The Lord began to show me people that will soon discover something that you could not quite put your finger on, but you knew that something was off. You knew something was not quite right. Hallelujah!

The Lord is highlighting that when He allows for the hidden to be exposed, it is going to be an indicator that it is time to move on and receive your blessing from God.

God is saying that your blessing, your progress, or your promise has been delayed because of this hidden thing, situation, or person.

One of the scenarios the Lord has shown me has to do with someone passcodes or code words. The passcodes are for the cell phones and other internet/online stuff. And the code words are being used amongst family members, friends, co workers or some other acquaintance.

Another scenario that I see is the lack of knowing what is in the fine print of your lease, your bills, your family estate, wills and health records within your family connections.

One other scenario I’m picking up from the Holy Spirit has to do mental health, a criminal history, or alternative lifestyle. God says these hidden things are connected to someone you might be dating, a friend, or someone in your family.

God says that whichever one these are, you are going to catch them in the act and when you catch them, it will be hard to believe.

Let me say that again

God says that you are going to catch them in the act and when you catch them, it will be hard to believe.

For some of you, your feelings might be hurt, others might be shocked, others might feel angry and their will also be some that will feel relieved because you always knew something was off.

But God is saying, do not be dismayed. God says it was meant for you to catch them in the act so that You could see for yourself.

The Lord says that he could not reveal this to you in the past because you were not ready, and you would have made a wrong decision. God says He needed to indirectly prepare you to receive your blessings without any baggage or regrets. He needed you to see with your own eyes so that their would be no doubt in mind to move forward. God says that what You caught could not go with you to where He is taking you.

The Lord says beloved, consider yourself to be the apple of my eye. God says I know exposure can be painful but, it is necessary to protect you from the snares of the enemy AND for the progress, the blessing, or the promise to follow.

PrevPreviousRevelation 7 is here! ✝️ (Prophetic Insight: Jesus is holding back the winds of judgements)
NextSwift judgement is coming! 🙏🏿 (Prophetic Word: The Lord is going to Tear Down and Clear your Land)Next