Demonic Attack! 🔥 (Prophetic Word: The bigger the Attack – the Bigger the Blessing!) 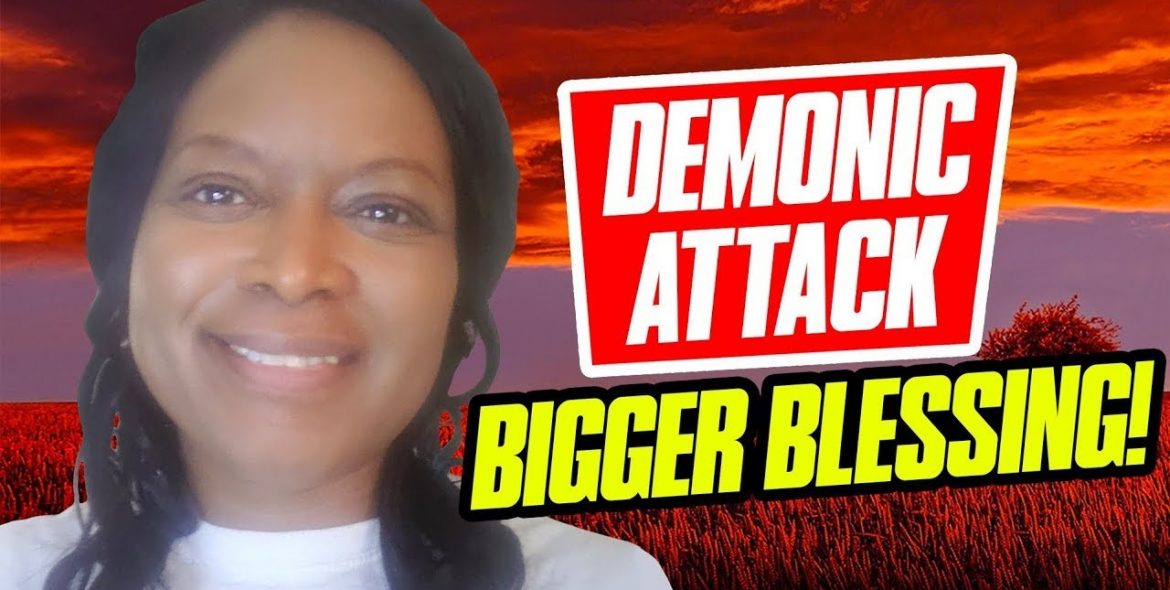 Glory to Jesus Christ. Good morning. Good afternoon. Good evening. Hello brothers. Hello, sisters in Christ. I hope that you all are well in the Lord. It’s so good to see you guys. And as always, I am honored to be your sister in Christ. And I thank you guys for coming to hear what God is saying. This is an unexpected word, and this word manifests from a demonic attack that I just had. I just had it. And I don’t know if you guys remember the last video that I released, the second half of 2021. I was telling you guys that I face a lot of opposition recording that video. I had a lot of technology issues and there was a lot of other stuff that was going on that day that was attempting to distract me and just not get that word out. And I had to fight, I mean, fight, fight, fight to get that word out. And I remember saying to God, if there’s something about this word that you don’t want me to prophesy, or if this is not something that you want me to speak, shut it down, shut my computers down, and shut my technology down because I don’t want to be in error. If there’s something wrong, hallelujah, to shut it down, but God didn’t shut it down.

So that was that. Then I was in my room. I went to sleep and I slept for a while. And then all of a sudden I felt myself trying to come back out of sleep. But the enemy, something grabbed hold of me while I was in my bed. This is not the first time that it has happened. But this time it was so intense. I felt like somebody had put me in a body bag and they zipped that body bag up so tight that I couldn’t move and I couldn’t move my mouth. I could hardly breathe. I felt like somebody had something like on my neck. And the only thing that I could do was blink my eyes. That’s all I could do. And so I was praying within myself. I was praying in the spirit. I was binding and rebuking Satan, and I was commanding Satan to release me. And as I was saying that within myself, I even felt the bed like it was kind of moving, right? And so I said, by the blood of Jesus Christ, Satan, you release me now in the name of Jesus.

And then all of a sudden I felt like I dropped, you know how somebody hugs you real tight and then they just release you. That’s how I felt when I commanded the enemy to leave, he released me. Hallelujah. And then I woke up and I sat up in my bed and I said, Lord, okay. I said, now, you see what happened? I said, you see that Satan came for me. He said, yeah. He came for you. He said, and I allowed it because I’m trying to train you to position yourself. I’m trying to train you about the authority and power that you have in me. I’m trying to get you to understand that there is nothing that can come against you and keep you. I have given you all that you need. My grace is sufficient. And when the enemy comes like a roaring lion, you have the authority to rebuke him. The enemy is going to understand that if he comes for you, I have given you all that you need. If he comes for you, I’m going to back you up 100% and you will not be left behind. God says, if I am for you, nothing can be against you.

God began to reveal to me, that is why the enemy has been attacking you because he’s trying to get you to step out of alignment so that you can’t receive what I have for you in your harvest. So you can cancel the blessings that are already unraveling in your life. So you can cancel the promises that are already unraveling in your life. But God says, I have given you all that you need, I will back you. And don’t you step out of the will of God. God says that he is going to do what he said he was going to do. And so I came on here because I believe that many of you have been experiencing some kind of attack. You’ve been experiencing attacks from the enemy and they’re intense. They’re intense. They’re more intense than they ever have been before. And God is saying to you today, beloved, the reason why your attacks are so intense in this hour because you are right at the brink of getting your blessing. You are right at the brink of getting your promise. Your promise is right there.

And so the enemy is trying all that he can to keep you from just that one little second, that one little minute, that one day, that week, that moment in time where God just says, okay, I release it and it is yours. So God says, keep pushing. He is not going to give you more than you can bear. God is saying again, his grace is sufficient. God says, exercise your authority in him, exercise all that he has given you to stand in your land, to stay positioned where God has placed you. Stand strong, carry your cross.

PrevPreviousWhat’s Manifesting in the 2nd Half of 2021 ✨ (Prophetic Word: Harvests Unraveling to Ripen)
NextGod gave this Permission! ✅ (Prophetic Word: Your Purpose and Promotion are in what God allows)Next